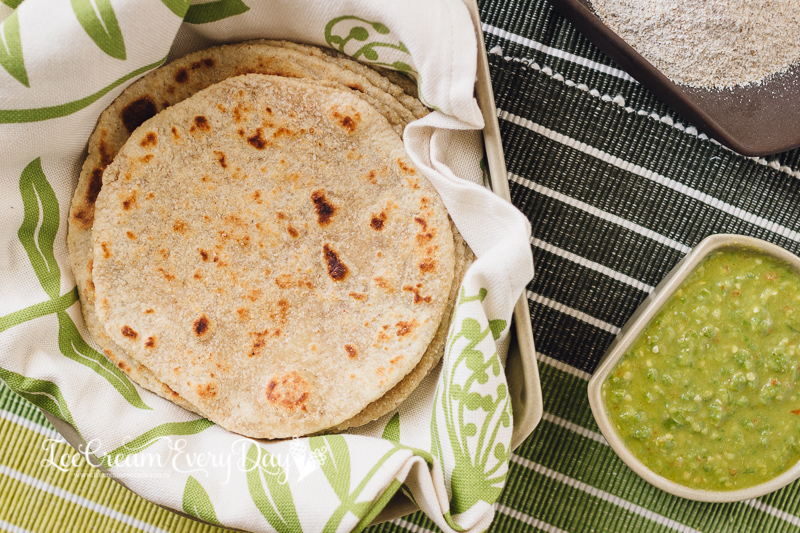 The addition of barley flour to this flatbread makes for a tasty textured, somewhat nutty departure from a regular roti.

If you’re not super-pedantic about rolling out neatly circumferenced rounds, these don’t take much time to prepare. 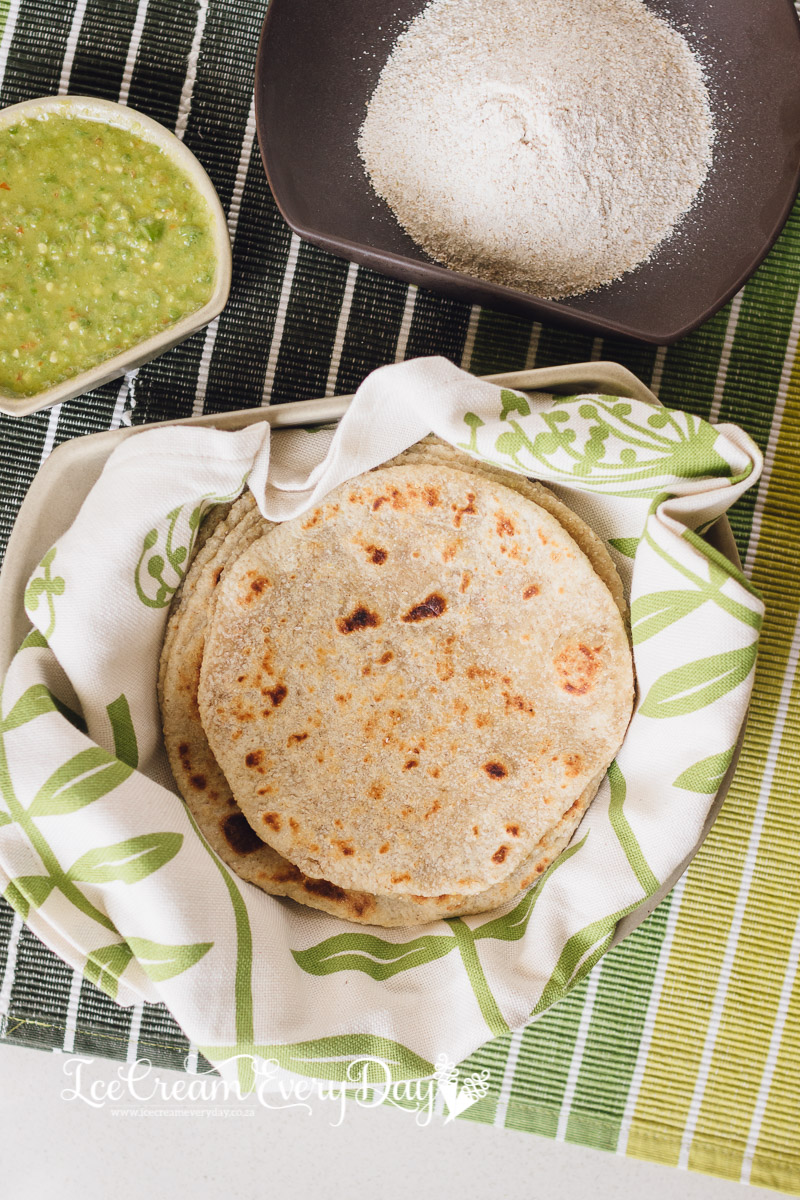 My preferred method is to place everything into the bowl of my mixer and let the dough hook do its thing. But if you enjoy getting sticky, mix the flours, yoghurt, oil and salt and knead by hand until the dough comes together. At this point, you could allow the dough to rest for about half an hour before rolling out.

Preheat a crepe/roti pan and brush with a bit of oil.

Divide the ball of dough into eight portions. On a floured board, roll out each portion into a medium-sized round as you usually would with roti.

Cook the rotis on the hot pan, flipping them over once they begin to bubble and brown. Brush each side with a bit of oil as you cook them.

Keep them soft by placing in a lidded container, lined with paper-towels, as soon as they come off the pan. 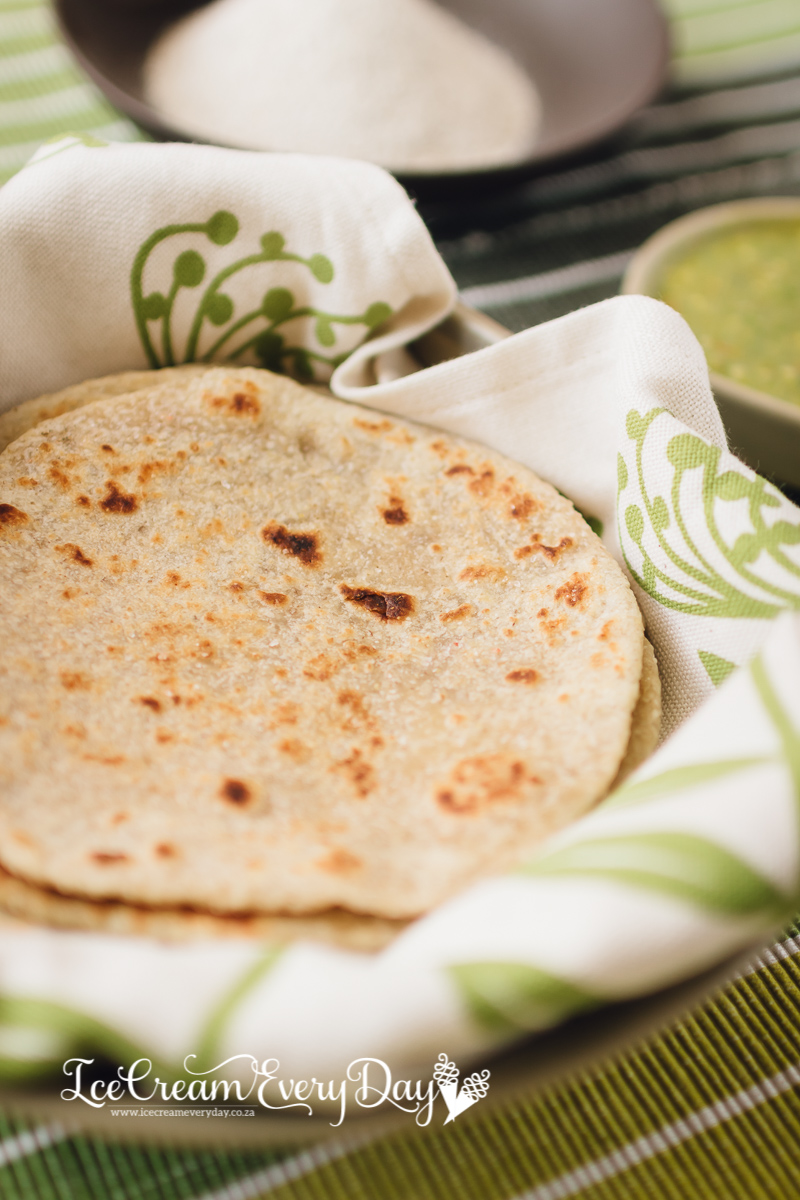 I am a freelance writer and photographer (look for me as ShootCake). I have an MA in Creative Writing from Rhodes University, Grahamstown and my first poetry collection, Zikr, was published by uHlanga Press in 2018. I would like to one day create a confessional recipe book in measures of rhythm and breath.